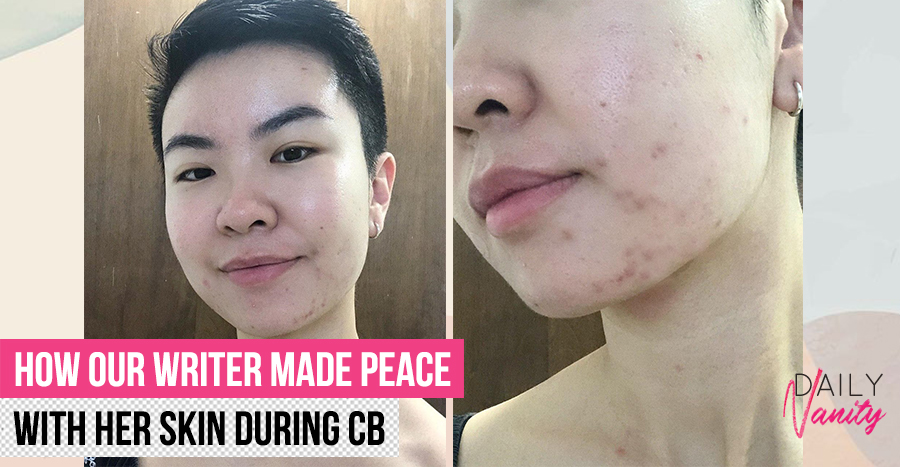 I used to think that hormonal acne was the devil, and I still do sometimes. Besides being a physical manifestation of PMS splashed across my jawline, this particular form of breakout is ridiculously resistant to topical treatments. If you’re also dealing with such chronic, cystic acne, you’ll definitely know the ache of desperation that accompanies yet another failed acne solution.

However, having struggled with my beard of acne for over a decade now, I’ve finally made peace with my skin. I no longer spam my face with harsh treatments, I’ve jumped off prescription medication, and have also ceased wearing concealer. If you’d like to find out why and how I got here, let’s take a quick trip down memory lane.

Trying to heal my acne for over 10 years What makes hormonal acne so tough to treat is that it stems from an internal imbalance. This pretty much renders external zit-zappers like benzoyl peroxide, salicylic acid, and tea tree oil all but useless. Sure, some of them are able to dial down the saturation on certain red spots, but they can’t do much else when my period’s about to arrive every month.

When my skin looked its worst a few years ago, I sought help from a dermatologist, who put me on an isotretinoin (better known as Accutane or Oratane) prescription. I was instructed to take two maroon pills twice a week, and after several weeks, my skin started to clear up miraculously. For the first year, I revelled in the rewards of a pimple-free face. I felt free.

What isotretinoin does is decrease oil production on the skin, which then reduces the size of the sebaceous glands. Though the absence of sufficient sebum blessed me with a clearer complexion, it also gave way to new issues.

Gradually, my skin became drier and more dehydrated – a side effect of the treatment that I happily ignored. But when a patch of dermatitis showed up on my cheek, I panicked and decided to get off my prescription, which had been lowered to one pill every 10 days. Eventually, the red patch on my face eased up, but I was back to where I started with my acne.

My reliance on concealer As someone who has been through bouts of serious breakouts, concealer was one of the best discoveries I ever made. Over the past few years, concealer had become both a habit and a safety blanket. I relied on it to cover up surprise pimples and the aftermath of past breakouts. Once I started reaching for concealer every morning, it was hard to stop. Working in the media as a beauty writer made it twice as difficult.

There’s also a caveat to concealer: It covered up the redness and discolouration of my temperamental skin, but it couldn’t hide the lumps and bumps of hormonal acne. In fact, I used to get so self-conscious about the constellations on my face that I would reapply concealer before heading out for a beauty event.

Despite covering up, my crater-like skin texture stood out. On one occasion, a PR person even paused our conversation to ask, “Oh my god, babe. What happened to your face?!” I wanted to bury my head in sand like an ostrich, right there and then. Still, I would rather have concealer on than walk around with a bare face.

Ditching concealer during the Circuit Breaker You would think I’d ditch the concealer on day one of the Circuit Breaker, but I didn’t. I still felt compelled to hide my active zits even when I was cooped up indoors all day. If I didn’t dot concealer over my breakouts, my parents would point them out and examine my face up close – an act that drove my self-esteem to the ground.

One morning, I did the same old routine of putting on concealer. This time, it was to prep myself for a video call with my closest friends; the people who were the least likely to judge my hormonal acne. Realising this, I grew disappointed in myself.

I would love to be in a position where I don’t think about how my skin looks, but we live in a society that passes judgement about appearance with the nuance of an executioner. That makes it incredibly difficult for us to accept our skin as is.

“Girls and women aren’t suffering only because of the unattainable ways beauty is being defined – they’re suffering because they are being defined by beauty,” Dr. Lindsay Kite, the co-director of Beauty Redefined, shared in a TEDx talk.

In recent years, that particular quote has become a battle cry for body image activists, and has paved the way for a new standard of self-acceptance. After much internal dialogue and research on beauty standards, I confronted my fears and decided to put away the concealer. 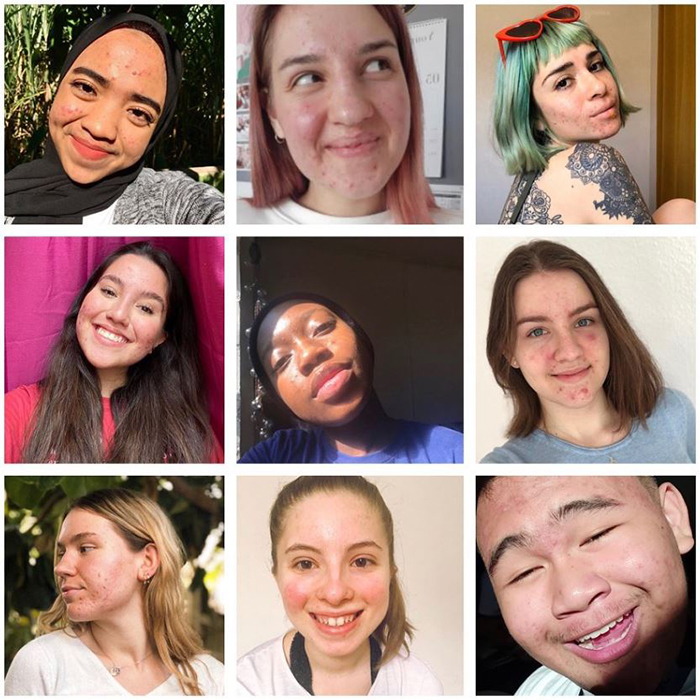 While I was conducting said research, I found a flourishing community of beauty enthusiasts who preferred to let their spots show or cover them in star-shaped pimple patches. What I stumbled upon was the acne positivity movement, and it’s thriving.

This particular skin celebration started with a hashtag on Instagram. When you scroll through #skinpositivity or #acnepositivity, you’ll find raw, relatable, and refreshingly unfiltered images. There are endless selfies of individuals with cysts, pockmarks, and rosacea – almost like they’re giving the finger to beauty standards.

Among the many Instagram accounts I came across, one caught my attention. It belonged to skincare influencer Sofia Grahn, who set out to share her experience with isotretinoin via daily selfies on @isotretinoinwiths. She has since abandoned her plan of documenting the ideal “before” and “after”, and decided to practise positivity instead.

Today, over 70,500 people follow her for content that highlights and never hides her acne scars. Her message is simple and clear: You are worthy with and without makeup on, no matter your skin condition. After years of aggressive treatments and attempts to sweep my acne under a rug of makeup, I decided to be kinder to my skin. Instead, I’ve started to focus more on strengthening my skin barrier so that breakouts can heal quicker on their own. My skincare routine is now filled with reparative ingredients like ceramides, cholesterol, and fatty acids.

In a bid to clear my hormonal acne from the inside out, I’ve also been trying to lower my stress levels. When your body detects stress, it sets off a chain of reactions. Hormones like adrenaline and cortisol surge, which can ramp up the skin’s sebum production and increase overall inflammation. Cortisol has been shown to negatively affect the body’s collagen production too.

So apart from going for regular walks at the nearby park, I try to get seven and a half to eight hours of sleep a night. Sleep helps our organs to heal, bathing it in anti-inflammatory molecules. As you can see, my new approach to beauty is a more holistic one that requires changes in my lifestyle too.

Now that we’re well into Phase 2, the concealer is still out of sight, and I plan to keep it that way. Even after we’ve returned to the office in Phase 3, I’ll try my best to stay away from concealer. Unless, of course, I’m reviewing one for you guys.