Is it easy to identify counterfeit beauty products? No, but you can still prevent yourself from being scammed 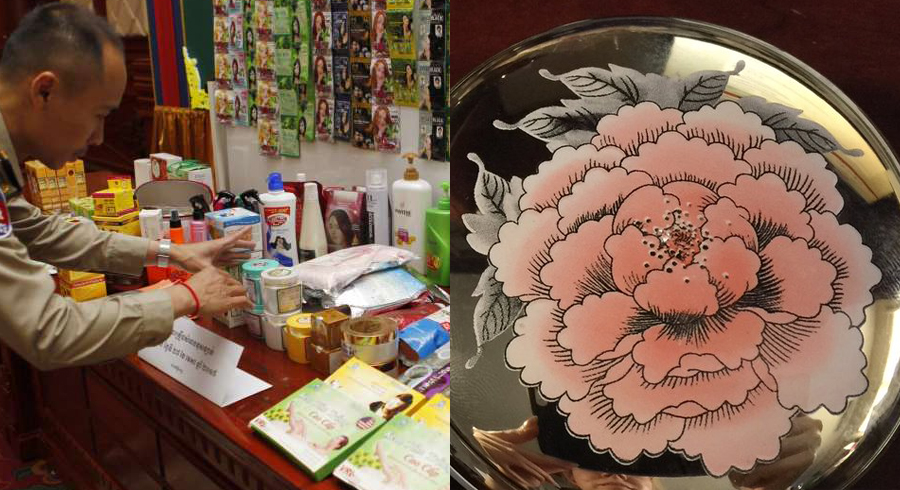 Thanks to our super-strict regulations, we generally don’t come into contact with counterfeit beauty products very often in our shopping malls here in Singapore. But we’re sure that everyone has had that experience overseas when we’ve seen products that are supposedly from some reputable or high-end brand being sold for ultra cheap prices in roadside stalls or pushcarts. 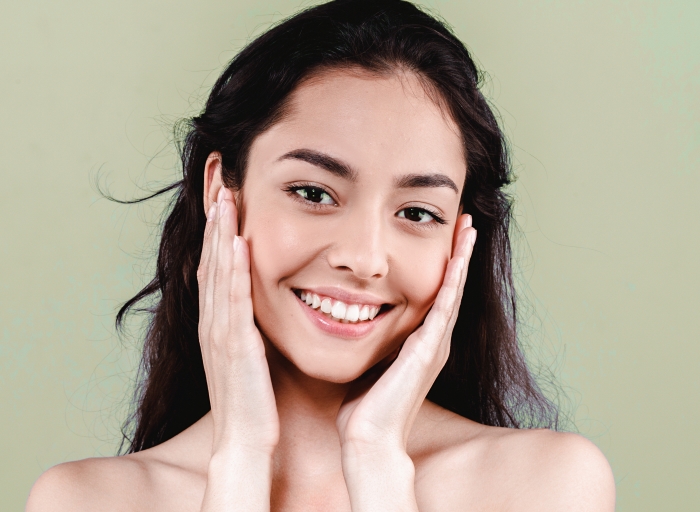 In fact, our editor Kristen has bought one many years ago.

“It was sold at in a big shopping mall in Bangkok and I thought the cheaper price of the product is simply because of promotions or our favourable exchange rate,” she shares.

“The product looks exactly like the original and I couldn’t tell the difference by looking at the packaging.”

“It was only until I tried it later that I realise how inferior the quality is. That’s when I knew this wasn’t the real deal,” she adds.

Whether you purchased it unknowingly like Kristen, or knowingly because “They’re so cheap anyway, why not just buy them and throw it away if it doesn’t work?”, there are a few things to take note about them.

Aside from these counterfeit products being illegal, they may also be made under dubious circumstances – who knows what really went into making them?

It doesn’t make sense to have faith in any label you might find on these counterfeit beauty products, when their existence is already in itself flouting the laws. Pirated goods could lie about everything from the benefits of the products, to the ingredients, and even to its country of manufacture. 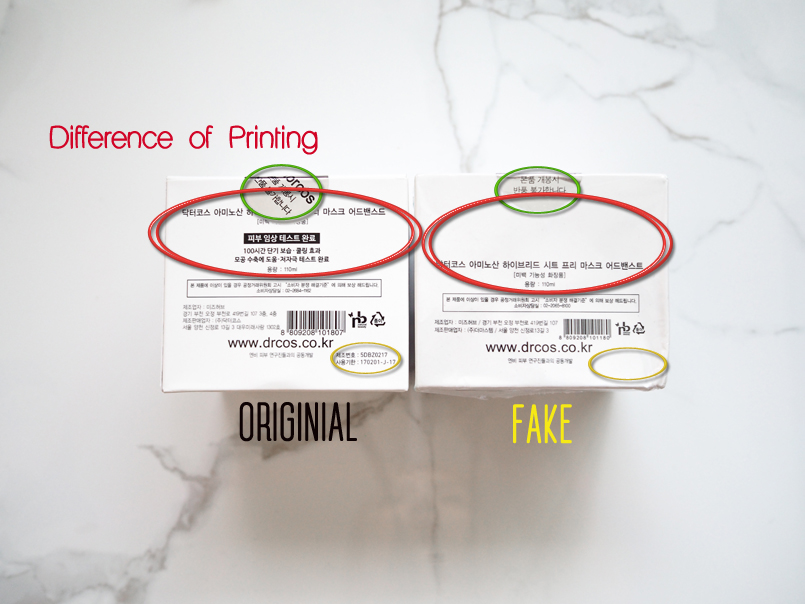 Dr Sumalee Pornkitprasan, director of the Bureau of Cosmetic and Hazardous Substances Control in Thailand’s Food and Drug Administration, said that these labels are often also printed in a foreign language to make the products appear more legitimate, as if they were genuine imported products.

They are more dangerous than you think

Counterfeit beauty products have been an issue in our neighbouring countries for many, many years. When we’re holidaying overseas, it’s important to check and check again whether the product you are purchasing is genuine or not. If it looks like it could be a scam, chances are it probably is. 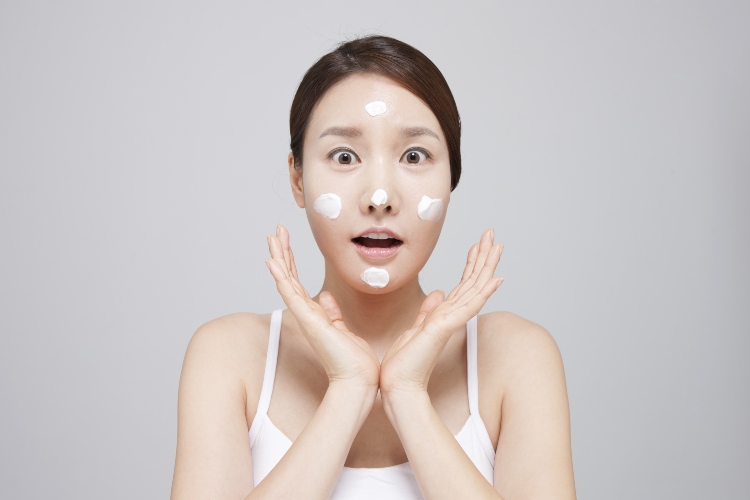 A little over a year ago, a Malaysian woman had to be rushed to the emergency ward when she suffered severe allergic reactions after using a counterfeit Nature Republic gel. The story went viral in a post on Facebook.

In 2013, a domestic helper in Hong Kong was hospitalised for mercury poisoning from a beauty cream she had purchased from a hawker in Causeway Bay. According to a report by Hong Kong’s Department of Health, which she had been using on her face for about four months. 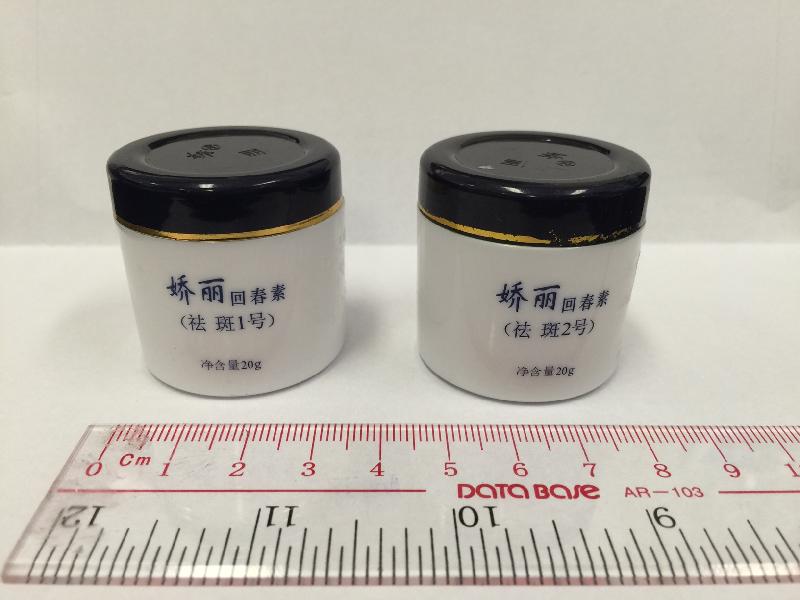 The counterfeit beauty cream the helper had bought was found to have unbelievably high levels of mercury as well. The American Food and Drug Administration only allows a maximum mercury level of 1 part per million (ppm) in cosmetics, and “only if its presence is unavoidable”. The beauty creams seized from the hawker she had bought from had mercury levels ranging from a whopping 7,000 ppm to 21,000 ppm!

How can you tell?

When you think of imitation products, you might still be thinking of those types that look slightly off-colour, or even with some spelling errors in the brand and product name. Unfortunately, it’s not as easy as all that to avoid being scammed by counterfeiters. 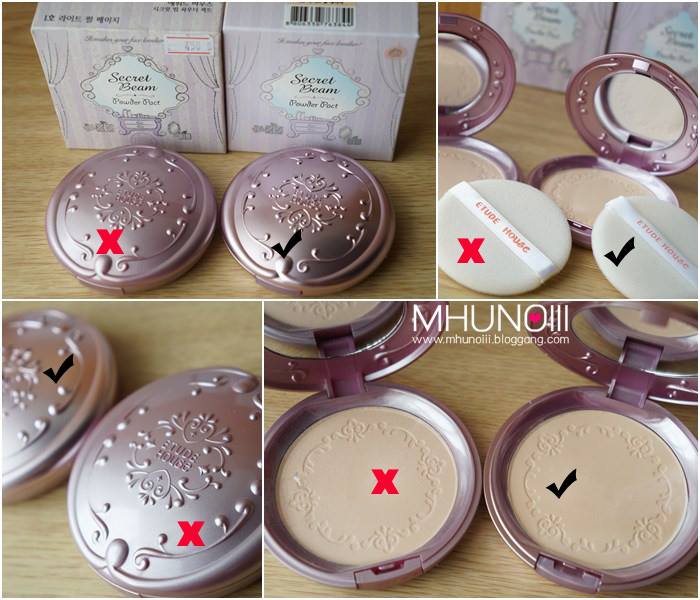 Fake beauty products are often almost indistinguishable from their genuine counterparts in every way, except in what’s most important to consumer safety: the actual ingredients used to make it. 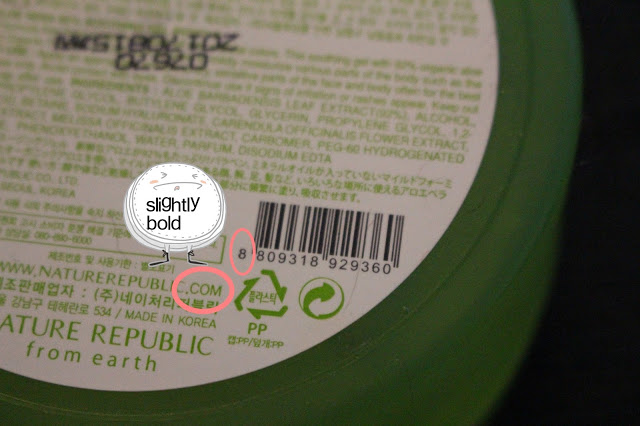 “It can be very hard to tell the difference between authentic and counterfeit Sulwhasoo products,” said the brand. “At times, the scent and texture of the actual product may differ, and in other cases the words on packaging may differ.”

Because it’s so difficult to tell counterfeit and genuine products apart, the only sure way is to get it from the right source. Sulwhasoo recommends customers to purchase directly from authorised retailers and distributors, such as their own physical counters and stores, or reliable online e-commerce platforms like Zalora.

Selling counterfeits is a huge issue

In May 2017, 68 tonnes of counterfeit cosmetic products were seized in Cambodia, according to a report by The Straits Times. Mr Meach Sophana, head of the Cambodian government’s counterfeit committee, said, “The goods were produced locally but labelled as products made in countries such as Japan, South Korea, China, the US, Germany and Thailand, he said.” The South China Morning Post reported in August 2017 that more than 90,000 pirated beauty products bound for export to other countries had been seized at the Ningbo customs in China. Wang Zhiying, head of Ningbo Customs, reportedly said, “If such a large number of counterfeit cosmetics – possibly containing toxic chemicals – were to leave the country, it could have negatively affected the health of tens of thousands of people.”

Taken in conjunction with what we have already learnt from Sulwhasoo about how difficult it can be to tell apart genuine and counterfeit products, we can imagine how consumers like us may feel like we’re swimming with alligators!

How are beauty brands dealing with this?

If you thought beauty brands are simply sitting back and allowing the grass to grow under their feet regarding the sale of counterfeit products in black markets all over the world, you’d be dead wrong there.

Sulwhasoo Singapore worded their statement to us firmly, “We have taken a strong stance against counterfeit issues and are working closely with our Legal and Trademarks Team in Korea to address IP issues.” They have stated that they are “proactively keeping watch on the industry, rather than taking a reactive stance”, in order to nip the problem in the bud before it even has a chance to take hold in the Singapore market. It’s not a problem that is set to fade anytime soon either. Sulwhasoo Singapore talks about their strategy to meet the challenge, “As the brand’s popularity evolves, we believe there may be increasingly more counterfeit products appearing in the market.

“On our side, we aim to always educate customers on the risk of buying from unauthorised sources and have also internally set up procedures to highlight suspicious distributors to the regulatory affairs division for their investigation.”

What should you be doing?