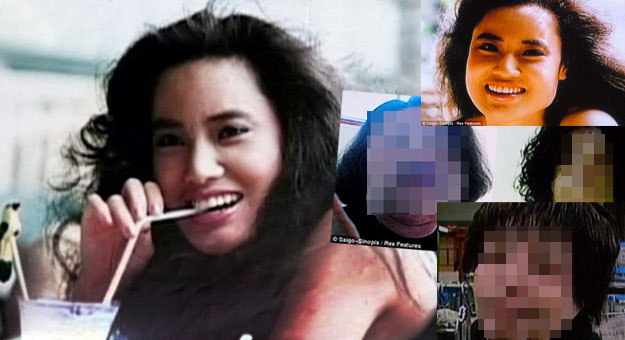 This article serves as a note of caution to people who resort to DIY methods to beautify themselves.

Korean Hang Mioku’s last act in her 20-year addiction to plastic surgery made her infamous: She picked up a syringe, filled it with cooking oil and injected into her own face.

Mioku’s extreme act and the resulting disfigurement made international headlines. She told the Korean media that she turned to cooking oil because she had run out of the silicone a doctor had given her to perform injections at home.

Hang had her first procedure aged 28 and then moved to Japan where she had repeated treatments.

She quickly became obsessed with having smoother and softer skin.

Doctors eventually refused to carry out any more work on her after her face became noticeably enlarged.

She managed to get hold of a bottle of silicone and a syringe to self-inject but when that ran out she resorted to use cooking oil.

Doctors already frown upon silicone injections as a hazardous, ineffective practice; when the story first broke in the West, the U.K. Telegraph marveled: “Amazingly, she found a doctor who was willing to give her silicone injects and, what’s more, he then gave her a syringe and silicone of her own so she could self-inject.”

Unhappy with the result and after running out of silicone, Hang Mikou then injected cooking oil into her skin.

That left her face severely swollen and scarred.

Her plight was featured on Korean television and viewers donated thousands of pounds to pay for corrective surgery.

During the first of 10 operations, surgeons removed 60g of silicone, oil and other foreign substances from her face and 200g from her neck.

Korean hang Mikou before and after comparison. She became so disfigured that even her parents did not recognize her

Her face became so disfigured that even her own parents did not recognise her and local children also used to call her “standing fan” because her face was so large compared to her small body.

Numerous operations paid for by donations have managed to reduce the size of her face and neck but she is still significantly disfigured.

The above picture shows Hang after several rounds of corrective procedures to correct her face. However, she is still left severely disfigured.

The video below shows international news coverage and shock of what she did to her own face.

The post This Korean Injected Her Face With COOKING OIL After Doctors Turned Down Her Request For More Plastic Surgery first appeared on PlastyTalk.