This Model Went From A Cup Breasts To M cup, And Wants To Go Even Bigger 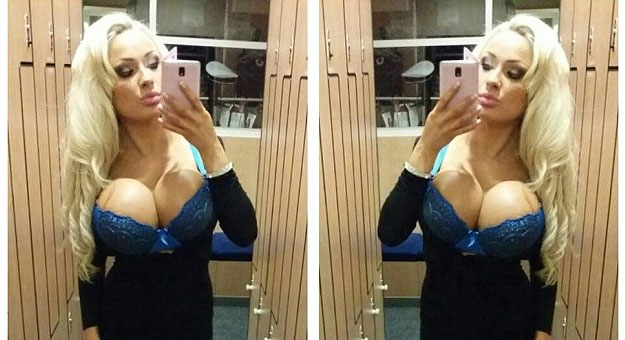 This glamour model claims to have Australia’s largest fake breasts, going from a 8A to 8M after three breast surgeries.

However, the 23-year-old may want to go even bigger after her breasts have gained her a huge social media following as well as many modelling jobs.

Having undergone her first boob job when she was just 17, Sarah Marie Summer says she loves the way she looks currently. “I want to look silly and I want to be huge,” she says, “They make people smile and that makes me happy, so that can’t be a bad thing”.

She adds that this is exactly the way she wants to look, contrary to what other people might think.

Ms Summer had her first breast surgery in New Zealand at the tender age of 17, where she went from 8A to 10C.

However, the model was not satisfied and the following year, she went for another breast surgery to increase her size from 10C to 10DD.

“I had mixed feelings after because they were still not what I had imagined. They were just not big enough so I decided to go again,” she said.

Due to health concerns, Ms Summer had difficulties finding a surgeon willing to operate on her for the third time. After some searching she managed to find a surgeon and under went the knife yet again earlier in the year.

She increased her boob size to a whopping 8C in what was one of the largest augmentation option available.

“The skin stretched so much I had blisters and they got infected. I was on antibiotics and I was allergic to them. I was really sick. I wasn’t healing and they wanted to take them out but thankfully I turned a corner,” she said.

While her M cup breasts have left her with a chronic back pain and impact her daily life, Ms Summer said she has never been happier.

In fact, her claim to fame is having Australia’s fake breasts and she has a huge social media following, with over 107,000 facebook followers and over 47,000 instagram followers.

“Driving is hard. I had to learn how to dance again and I often knock things over with them, or knock my drinks and spill it all over them,” Ms Summer said.

The post This model went from A cup breasts to M cup, and wants to go even bigger first appeared on PlastyTalk.