Rihanna had us #shookt with her guest appearance at Fenty Beauty’s first anniversary! (Pictures inside!) 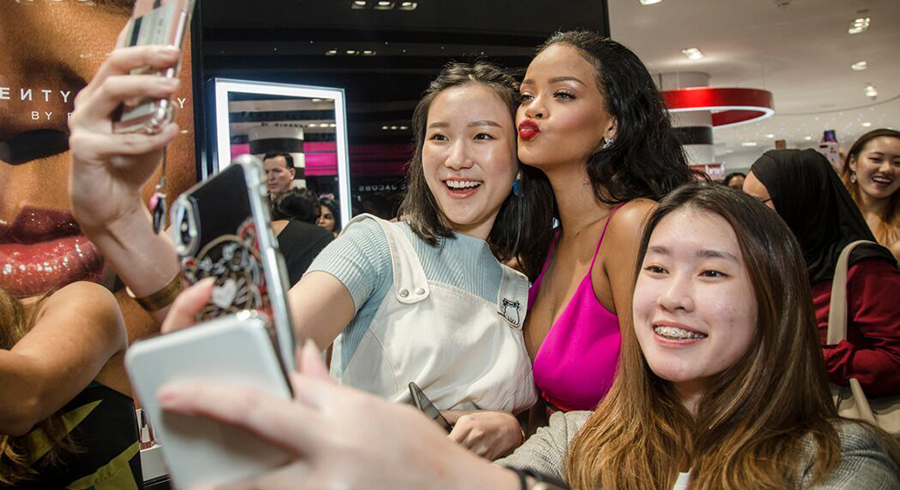 Yeah, you heard it from us – Rihanna, the very famous face of Fenty Beauty made a SURPRISE visit to our sunny shores just yesterday, at ION Orchard’s Sephora outlet for the inaugural celebration of Fenty Beauty’s first anniversary! Rihanna surprised everyone in Singapore with this Instagram story.

Initially just meant to be a guest appearance of both her makeup artists, Priscilla Ono and Hector Espinal, guests were in for a totally unexpected surprise at the very last minute when bae badgalriri announced on her IGStory that she would be making a guest appearance right here, in Singapore!

Needless to say, fans went absolutely CRAZY, with throngs and throngs of fans waiting both inside the Sephora store and outside with bated anticipation and a ridiculous amount of hype on their IGStory. Don’t believe us? Check out the hype that went down that even notable social media influencers like Xiaxue and Mongabong were fangirling about the event and the anticipated appearance live. And the crowds that went over and beyond.

And what went on on the inside. 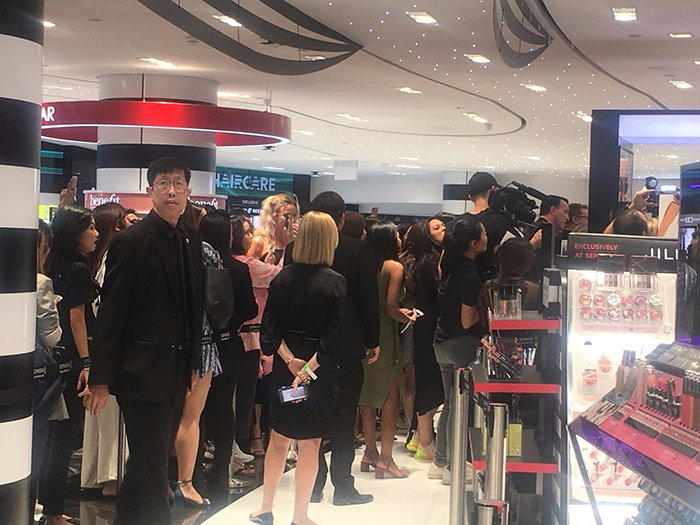 And when we say CRAZY, we mean the crowd spanned the entire perimeter of the ION Orchard Sephora store – all the way from H&M to Espirit, and if you’re familiar with the structure of ION – you’ll know that that is pretty darn long!

But that’s not all – dedicated fans and guests alike waited for this very special guest appearance for two entire hours and the moment the star-studded idol so much as stepped foot in the Sephora store – the crowd went absolutely nuts, a little something like this:

Think shoving, pushing, the screaming, cameras, and phones all around just for a snap shot of the famous star, who merely made a beeline to the Fenty aisle, before she made her way to the back of the store where the crowd was cordoned off, sparking off rumours that she’d left through the back door. 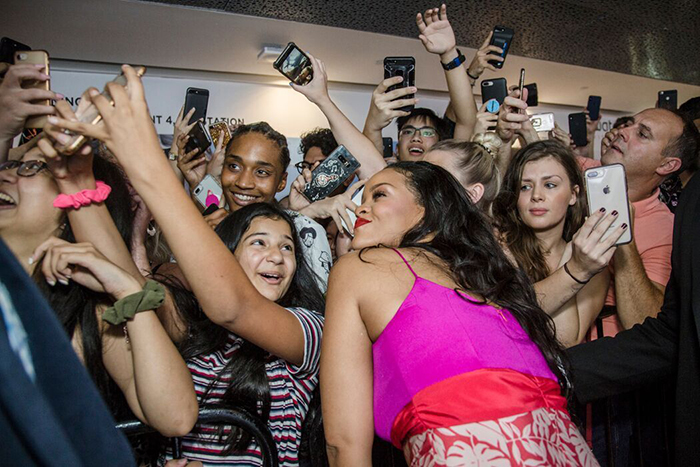 Fortunately, the statuesque stunner emerged an hour and a half later for selfies and doing touch-ups for makeup for a few lucky fans – to the delight of, well, everyone who waited. And, up until the wee hours of the night for the most dedicated of fans who stayed out the wait. We’re talking 12am and 1am here, guys. Hardcore? Very. Check out these series of tweets which totally captured our mood perfectly.

Her visit was accompanied by the launch of four new Stunna Lip Paint shades, said to suit all skin tones, and in the same smooth, buttery formula as the original classic red Stunna Lip Paint.

The four new Stunna Lip Paint Longwear Fluid Lip Colour retails at SGD36 each and is available in all Sephora retail outlets island-wide and Sephora.sg.