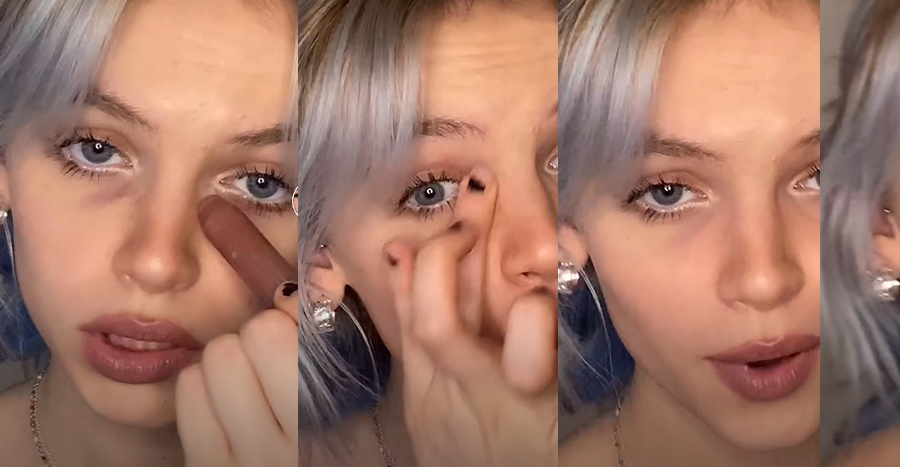 TikTok is truly the place for modern entertainment of all kinds, and it’s also the platform where many #beautychallenges and viral trends have taken off.

You most likely would’ve come across our team’s experience with TikTok beauty hacks (yup, we tried it so you don’t have to) or the compilation of beauty tips we picked up from TikTokers.

And just when we thought we’ve seen enough, TikTok somehow managed to surprise us once again. The latest craze to kick off 2021? Undereye circles. 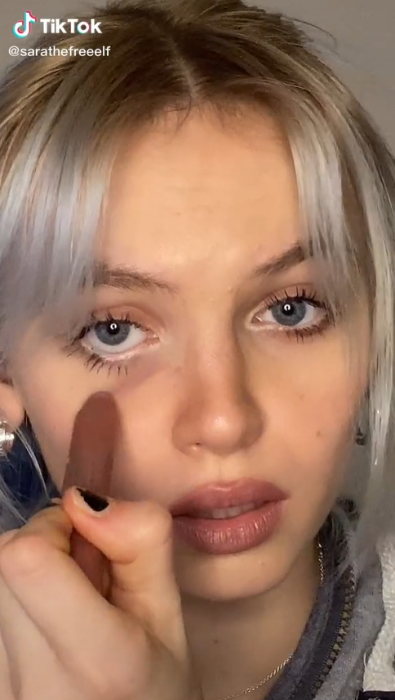 A screenshot taken from @sarathefreeelf/TikTok

The Gen Z crowd has been known to embrace the battered-and-bruised grunge aesthetic like they invented it (hate to break it to you Zoomers, but you didn’t), and the hottest new TikTok trend that’s been making waves is the combination of grunge makeup with something long considered as an insecurity: deep, dark undereye circles.

This latest trend makes use of purple, blue, and red eyeshadows and liners to create the illusion of one too many sleepless nights. In a video that’s racked up 6.2 million views (and counting), TikTok user Sara Marie Carstens – better known as her handle @sarathefreeelf – uses what appears to be a thick lip crayon to swipe on two lines just under her eyes before using her fingers to blend it out.

To our surprise, the result is surprisingly natural – she merely looks like she’s had one too many wild nights this week, which is pretty impressive considering that she deliberately just gave herself some dark circles. 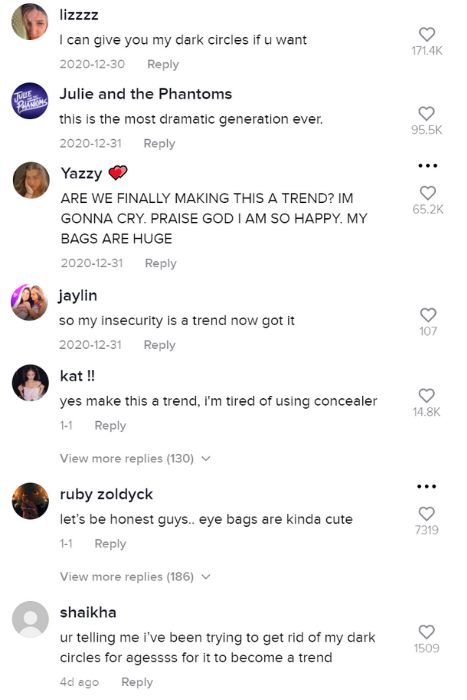 Fellow TikTok users were split in the comment section – some applauded the original poster for showcasing what we are programmed to perceive as a flaw, while there were others that called out Carstens for attempting to make an insecurity trendy.

Following her viral post, Carstens shared another TikTok video showing that she personally deals with deep undereye circles before expressing that she made the video to feel better about herself.

Later on, more and more similar videos surfaced like this one by Abby Roberts (@abbyrartistry) and another by Danielle Marcan (@daniellemarcan).

Truth is, we’ve seen this with natural freckles previously where a feature that was once considered something to cover up and hide became celebrated to the point where people drew on faux freckles with special stencils, markers, and pencils.

Rewind the clock further and you may recall that gapped teeth caused a controversy on the Tyra Banks-executive produced America’s Next Top Model in 2006, where then-aspiring model Danielle Evans bravely stood her ground and refuse to correct her front-tooth gap on the show (well, she eventually caved in later on but that’s beside the point).

To be honest, we feel that the “correct” way (if there’s such a thing) to go about beauty is to do whatever makes you feel confident. Maybe you feel better with nothing on your skin (except skincare and sunscreen, of course), or perhaps you feel best when you have a layer of concealer and powder on for a flawless finish.

Maybe you feel most yourself when you are using makeup to darken your undereye circles like Carstens, or it could be the combination of all three. So if you ask us, we’d just say, “Go ahead and do you, baby.” After all, we’ll all be on to the next trendy thing in a few weeks anyway in this warp-speed age of social media.

But whether you’re into the trend or not, one thing’s for certain: for the lot of us already dealing with dark undereye circles on a daily basis, it doesn’t say “Love the skin you’re in” any more than this latest TikTok trend.