15 underrated products you wouldn’t expect to be this well-reviewed (especially #12!) A cult classic beauty product usually entails great quality that has worked for a majority of their consumers – after all, that’s probably one of the main reasons why their popularity has managed to last over the years. We’re talking about ultra-famous products that have earned their rep, like Urban Decay Primer Potion, Anastasia Beverly Hills Brow Wiz, and Laneige Water Sleeping Pack.

But what about all those hidden gems that you’ve probably never heard of before, and are actually just as good – if not better – than their significantly more famous counterparts? We trawled Makeupalley, a website that allows the average beauty consumer like you and me to rate beauty products and share their experiences, to compile some of the most highly rated products with the least hype surrounding them.

A majority of beauty products gets an average of 3.0 – 3.9 upon 5 on Makeupalley, so we’ve sieved out those that have an average rating above 4.0. Other review sites have also been considered, so we can get a fuller picture.

La Roche-Posay Lipikar Baume AP has become a holy grail moisturiser not only for those with sensitive, dry skin and eczema, but even those with normal skin for its fragrance-free, buttery formula .

Reviewers from Makeupalley have said that it “melts into skin” without leaving a greasy layer, and keeps skin hydrated for up to 48 hours, making it “super soft”.

The NYX Slim Lip Pencils are simple wooden pencils but with a creamy formula that hugs tightly onto lip colour. It comes in a huge range of shades, and it seems that almost all of them are extremely well-reviewed on Makeupalley!

Reviewers have also said that it lasts well even through eating and drinking, and some have even said that they prefer this to other, more expensive and high-end lip liners. For its price, we’d say this is a definite must-try whether you’re a lipstick newbie or junkie.

Affordable and good? The Etude House Proof 10 Eye Primer has earned a lot of praises from users for its ability to keep eyeshadows from creasing in their eyelids, and even intensifying shadow pigments. It apparently works just as well on oily eyelids too.

Best part? Its price, hands down. Some reviewers have even gone as far as to say it worked better for them than the cult classic Urban Decay Primer Potion! Whaaat?! You need to try this one out ASAP. This is the all-in-one shimmer palette you never knew you needed. Reviewers have used it not only as eyeshadows and highlight, but also to aid with contouring, as an eyeshadow topper or an under-blush glow colour.

The formula is said to be super creamy without being powdery or frosty, and has great lasting power. It also has amazing pigment payoff and blendability, making this a holy grail palette for many. The name in itself already makes us feel like getting our hands on this cheek colour (how adorable is Cloud Paint?!) but Glossier backs up the attractive name and packaging with a high-quality product that has earned the love of many online reviewers.

Reviewers have said that this blush is one of the most flattering, and natural-looking cheek products available, giving a beautiful flushed look to the skin that lasts all day. Innisfree products have long been the darlings of Korean beauty junkies everywhere. They not only have the reputation of being organic, but their products are generally of very good quality but yet priced very affordably.

The Wine Jelly Sleeping Pack has earned one of the top spots on Makeupalley for how effectively it moisturises and plumps the skin after an overnight use. Reviewers have commented that it leaves a slightly sticky texture after it dries, but this was not much of a problem even for those who sleep on their sides. 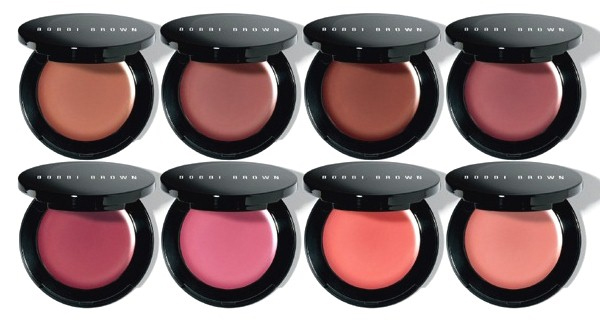 Cream blushes don’t get more pigmented than Bobbi Brown Pot Rouges. These are creamy, highly-pigmented formulas that only require about two or three dabs in the pot to give you a beautiful flush of colour on the cheeks. Users have reported the longevity of these at 8 to 10 hours on the cheeks.

You can also buy different shades of this to use for contouring, or as lip colours. According to user reviews, it does not dry out the lips when applied.

Bobbi Brown Pot Rouge retail at SGD 47 each at Bobbi Brown counters and at Tangs.

This must surely be one of Makeupalley’s most popular products, and despite having more than 4,000 reviews, the Queen Helene Mint Julep Masque still retains an average rating of 4.1 /5 – an exceptional feat for any product!

This drugstore gem can be bought either in a tub, or a squeeze tube. It dispenses as a greenish clay which you apply on to your face and allow it to dry for about 15 to 20 minutes. After that, rinse off as usual.

Users have raved about how well it cleans up their oily skin, and many, many people have claimed this as their all-time favourite mask. We even found a user who has tried it as a toothpaste and claimed that it actually helped her teeth become whiter!

Formulated with aloe, rosewater and other herbs, the Mario Badescu Facial Spray is suitable to spray over makeup, or at any time of the day when you need to give yourself a quick freshening up. Reviewers have commented that it gives their face a healthy glow, and even helped some users clear up their acne!

It’s not just for the face though; some users have found that when sprayed over hair, this herbal extract mixture even helps to make their locks smoother and more manageable.

DHC is a pretty well known Japanese brand that you may have seen in local drugstores. Their Deep Cleansing Oil is said to give the cult classic Shu Uemura cleansing oils a run for their money!

Although the yellowish liquid makes it look incredibly oily, it actually emulsifies into a milk-like solution as you rub it on your skin, and effectively removes even the thickest of foundations and the most waterproof of eye makeup. It does not leave your skin feeling greasy, according to user reviews, nor does it leave it feeling dehydrated, dry and tight. 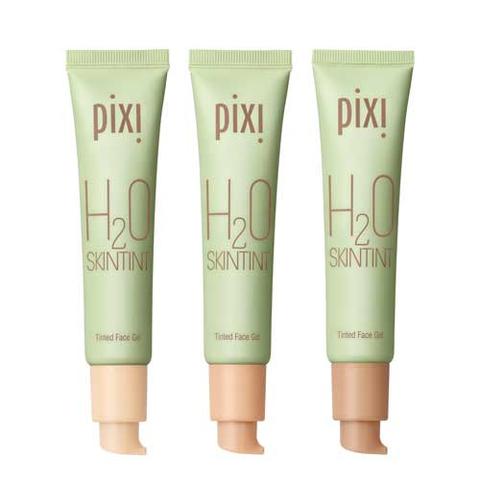 On those days when you don’t feel like putting on a full face of makeup, but don’t really feel like going bare-faced, tinted moisturisers sound like the perfect solution.

Pixi H2O Skintint is one of the highest rated tinted moisturisers on Makeupalley for its natural finish and great blendability. The Skintint ensures a light but decent coverage that does not cake or settle into fine lines. We bet that you didn’t expect to see this product on this list, much less being the best-rated product here. The Daiso Puff and Sponge Detergent works extremely well for sponges and even makeup brushes, and it’s actually rare to see it in-stock in Daiso outlets here. It’s that popular.

Do note that Daiso also stocks other versions of brush cleaners which have not yet achieved the kind of popularity as the one pictured above, which has an opaque bottle packaging.

Another holy grail moisturiser that has many online users singing its praises for the difference it has made to their skin. It apparently soothes sensitive skin while keeping it hydrated.

For those who are hesitant about using an oil on their face, some users mix it in with their night creams, other moisturisers, or even with their foundation to give their skin an added boost of hydration without the greasiness.

Trilogy Rosehip Oil retails for SGD 29.40 on Zalora and from SGD 25.90 onwards on Lazada. We’ve lately highlighted the rich history of the famous Nivea Creme in its signature blue tin, which has also gotten pretty good ratings on Makeupalley. However, there are some who find the texture of the original Nivea Creme too thick for them.

To respond to that concern, the Nivea Soft Moisturizing Creme was born. It is said to be “much thinner” than the Nivea Creme, and also “much more versatile”, according to one user review. There is no noticeable scent, and it absorbs quickly into the skin without leaving a greasy layer. There are some loyal users who have repurchased this product for more than 10 years! Tarte isn’t exactly the first brand that would come to mind when we talk about brows, so it was surprising to find that the Tarte Amazonian Clay Waterproof Brow Mousse is one of the most highly-rated brow products on both Makeupalley and our local Sephora website.

In fact, tarte’s entire Amazonian Clay collection in general has better than average to fantastic reviews online, so it’s quite a mystery to us why the whole range (which has been around for years and years) doesn’t have more of a hype around it!