12 perfume bottles that you will either love or really, really hate 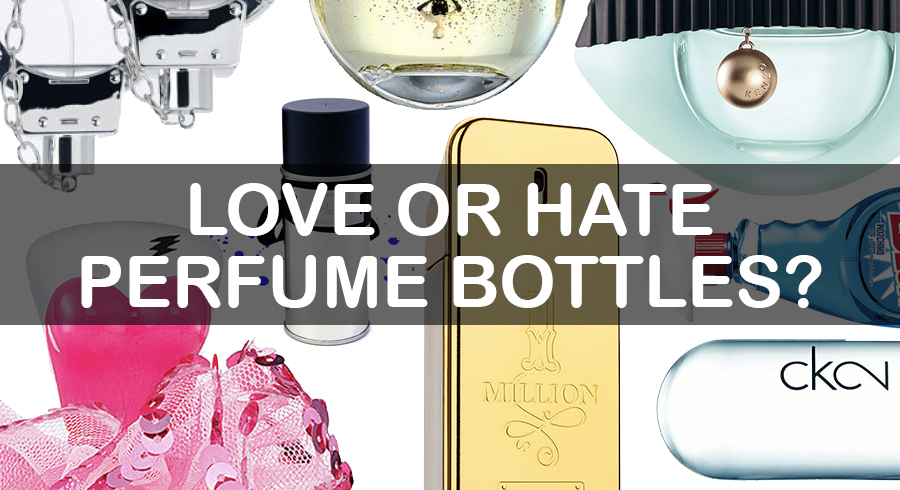 Of all things beauty, perfume bottles have certainly come the furthest in terms of packaging. It’s no longer a simple and practical matter of containing the product – perfume bottles have transcended their intended function into a statement-making aspect of perfumery, and nothing less than art in itself.

But not all perfume bottles are made equal. Some are almost heart-wrenchingly pretty, while some leave you a little confused with their really, really weird and abstract design, just like the effect some art pieces can have on us.

These are the perfume bottles that will make you do a double take. Whether you like them or hate the design, one thing is for sure: you will certainly never forget them. This relatively new perfume has certainly got everyone’s eyes on it. The perfume bottle is made of opaline glass, with the fragrance itself taking on a light blue hue. The cover is made of ribbed black rubber, and the spritzer of the bottle is surrounded by rose gold.

This is the first fragrance produced by new Kenzo art directors Huberto Leon and Carol Lim, and they say the inspiration for the eye-shaped design comes from the notion of the third eye and spiritual protection. Ambroxan is the key note of this perfume, and it is otherwise a mixture of floral and fruity scents.

Nothing screams ostentatious more than a perfume bottle shaped and coloured exactly like an actual gold bar. Creator Paco Rabanne intended to pay a homage to the coveted status of gold “in every civilisation and religion”.

The bottle is made of a golden body and a diamond crown, and each bottle has its own serial number and is limited edition. The fragrance itself is a mix of sparkling grapefruit, red orange, mint, rose, cinnamon, blond leather, blond wood, patchouli, spices and more.

The fragrance is meant for men, but it has inspired offshoots from the same range, including Lady Millions, and 1 Million Privé.

1 Million by Paco Rabanne retails for SGD 134 (100ml) at Sephora stores and at various prices on Lazada.

Released in 2016, CK2 is the latest addition to Calvin Klein’s unisex fragrance lines and is meant to target millennials. The bottle is shaped like an oxygen tank (relating back to its name), so it’s rounded on its base and you’ll have to store it upside down on its thick cap

Although the bottle looks clean and smooth, but the lack of a flat surface on the bottle itself, and the lack of a grip to the body of the bottle could make handling it a bit of a challenge, especially if you have sweaty palms.

This fresh-smelling fragrance is also strikingly innovative, beginning with notes of wasabi, mandarin, and violet leaf, going on to pebbles and orris roots and then leaving a long-lasting aroma of vetiver, sandalwood, and incense.

You might be likely to mistake this one for your window cleaner sprays at home. That’s the whole point of the design behind Fresh Couture: to use a household, commonplace container to hold a luxury fragrance, and to create that “dichotomy between high and low”.

Its top notes are mandarin, bergamot, and ylang-ylang, which then gives way to a floral and fruity mixture of raspberry, white peony, and osmanthus. The fragrance wears to a scent of clear woods, patchouli and ambrox. 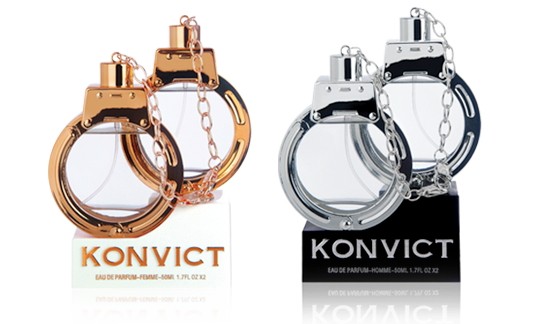 Singer Akon launched his first fragrance Konvict in 2010 and it’s fair to say that the bottle certainly captivated everyone’s attention. It doesn’t take much imagination to see how the handcuff-shaped perfume bottles relate to its name of Konvict. The fragrance comes in two separate 50ml bottles linked by a chain, which make up to 100ml of perfume.

Konvict Homme (for men) comes in silver colour, and affords top notes of bergamot and lemon, and base of sandalwood and cedar.

Konvict Femme (for ladies) comes in gold metallic finishing, and has a more citrusy zest with top notes of lemon and mandarin, which then transitions into vanilla and almond musk. 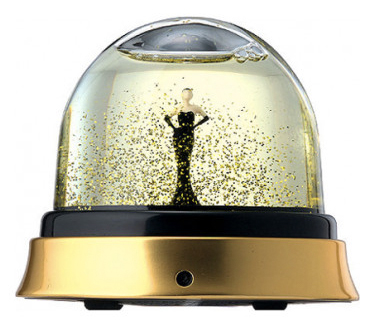 Of all the possible shapes for a perfume bottle, you would think that a snow globe isn’t one of them. But we were proved wrong by Jean Paul Gaultier’s iconic fragrance Fragile, launched in 1999.

We aren’t sure how easy it is to actually spray this perfume on, but we’re positive that it would make a gorgeous statement piece on your vanity table.

The actual perfume is contained within the snow globe itself, and features tuberose as its key note. It is succeeded by raspberry leaves and sweet orange blossoms, which is followed by warm woody notes and light musk. 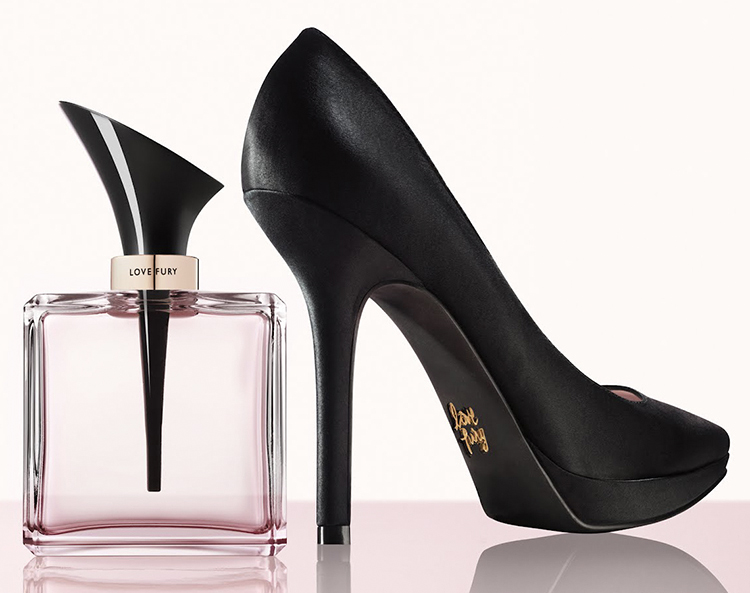 You would probably know American fashioner Nine West for their selection of shoes, and that’s exactly what they’re getting at with the design of the Love Fury perfume bottle.

The spritzer of the bottle is shaped like the broken-off heel of a pair of pumps, dipping into the light pink perfume and encased in a rose gold band branded with the perfume name.

The scent of Love Fury combines fruity and musky, as it opens with notes of mimosa absolute, mandarin, and red berry pulp. It continues with jasmine, sandalwood, and the Tiare flower, before leaving you with iris, musk, amber and other woodsy notes.

Love Fury by Nine West is available on Lazada. 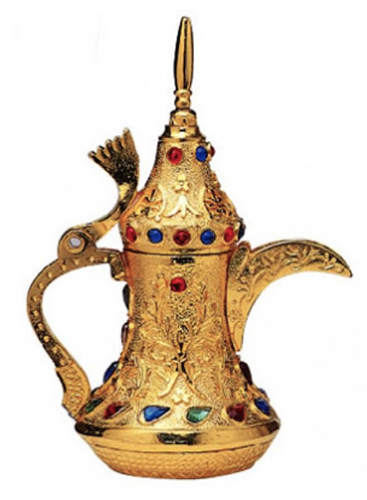 This perfume bottle is nothing short of being a genie’s lamp straight out of an Arabic folk tale. Not only is it shaped like one, it also sports intricate embossing as well as faux gemstones.

The Fakhrul Arab is a fragrance for men, and features Oriental notes such as sandalwood, saffron, agarwood, vanilla, amber, and other warm spices.

9. Too Too Pretty by Betsey Johnson This over-the-top perfume bottle is shaped like a headless mannequin of a ballerine dressed in a really ostentatious hot pink tutu (in case you didn’t get that reference in its name).

Complete with netting, tulle and shiny pink sequins, Too Too Pretty aims to celebrate the liveliness of young girls in this day and age, although we can imagine some might find the design too girly or garish for their liking.

The scent is a mixture of floral and fruity, starting off with pink grapefruit, blackcurrant, and lemon blossom before moving on to lily, golden gardenia, and osmanthus. The notes of skin musk, blond woods, and whipped vanilla will linger. Trust entertainer Nicki Minaj to come up with a perfume bottle as eye-catching as herself. The bottle is the shape of a female torso with bright pink hair and lips, and sporting a red bralette. Do we detect a resemblance with Nicki Minaj herself?

The bottle design in itself has the potential to be controversial – much like Nicki Minaj – but it certainly embodies the attention-grabbing appeal that it was aiming for.

The scent features top notes of red berries, lemon, and peach, before transitioning to magnolia, frangipani, and orchid. It then wears down to notes of tonka bean, vanilla and musk.

Minajesty by Nicki Minaj is available on Lazada and Qoo10.

11. Only the Brave by Diesel 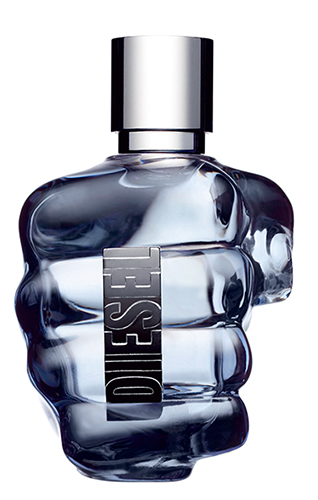 Only The Brave is a fragrance for “all men who chose to be heroes”. The bottle is shaped like a clenched fist, with glass tinged with blueish-gray. We can’t help but contemplate on gender marketing when we look at this hyper-masculine design.

Oriental-woody notes are the key to this perfume, beginning with top notes of Amalfi lemon and mandarin orange, then middle notes of cedar, violet, and coriander. Its base notes are leather, benzoin, styrax, amber and labdanum.

Only the Brave by Diesel is available on Lazada. The bottle in itself doesn’t look like anything special, but we thought that Wode (Paint) still deserved a mention on this list: it sprays out in a blue paint!

Yes, the perfume is carried in a blue-dyed carrier, which would spray droplets of blue on your skin and clothing. However, the dye is meant to fade within seconds or minutes, leaving behind its scent. We would definitely be concerned about the blue dye staining our clothing, especially if they’re white, but so far we haven’t seen any users writing about that in their reviews.

For the less experimental, Boudicca also carries this perfume in another version, Wode (Scent). It’s exactly the same fragrance, but without the gimmicky blue dye this time.