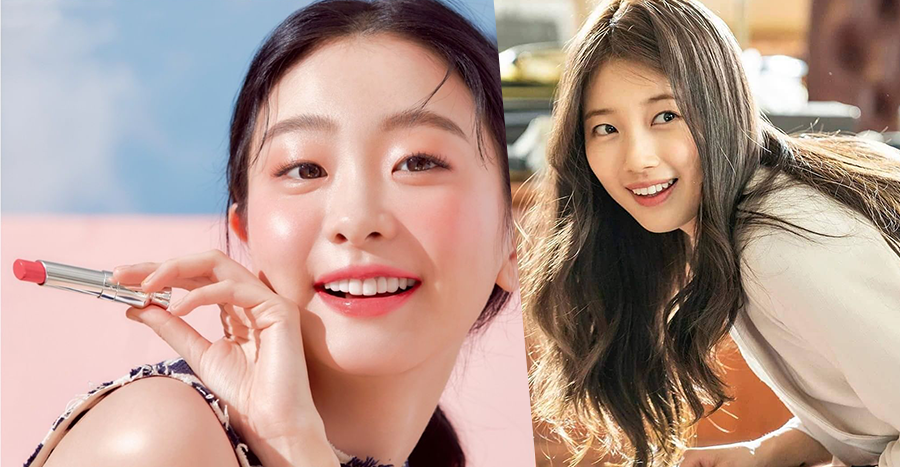 With the ongoing success of Korean entertainment, from hit singles such as BLACKPINK’s latest release How You Like That, to tearjerking dramas like Crash Landing On You, it appears to us that in 2020, Korean celebrities and their beauty secrets are now more sought after than ever!

If you’re looking to sport a bold, red lip like the hauntingly beautiful Seo Ye-Ji in It’s Okay Not To Be Okay, or hoping to replicate Lisa from BLACKPINK’s thick, dewy lips– we’ve uncovered the specific products just for you. Read on for all the lipsticks – yes, exact brand and shade – that your favourite Korean celebs are rocking in 2020.

We’re all crazy about Lisa from BLACKPINK and her exotic good looks. The effortlessly cool K-pop idol, who presently boasts over 35.6M followers on Instagram actually hails from Thailand, and is currently endorsing the Korean cosmetic brand, moonshot!

As pictured, Lisa is wearing moonshot’s Tintfit Shine, a water-based lip tint which adds a glossy effect to your lips. This product comes in five different shades, with Lisa sporting shade 502, Youth Coral, in her post above.

The adorable Kim Da-Mi is probably most well-known for starring in the recent Netflix hit, Itaewon Class, alongside everybody’s favourite oppa, Park Seo Joon (known for his lead roles in What’s Wrong With Secretary Kim and She Was Pretty). The baby-faced 25 years old actress is introduced to us as a rebellious 19-year-old social media influencer, who later falls in love with Park Seo Joon’s character and becomes determined to help him achieve success as a bar owner in Korea.

Following the positive reception of Itaewon Class, Da-mi has since collaborated with brands such as Benefit Cosmetics, and is wearing the California Kissin’ ColorBalm in shade Coral 88, “Good Karma”. This long-wearing, moisturising lip balm comes in 12 shades total, so you’re bound to find a colour that will suit you best.

Retails at S$36, available at Sephora and Zalora.

Here’s another BLACKPINK member we love⁠ — Jennie! If you’re looking for something more casual, or hoping to master that “no makeup” makeup look the Koreans are famed for, try opting for HERA’s Sensual Spicy Nude Lip Gloss, which comes in four shades.

Jennie is wearing shade 422, “Lingerie“, which as its name suggests, gives off an alluringly naked flair, crossing innocence with a tinge of seduction.

Retails for S$43, available on Sephora.

Known as the ‘nation’s first love’ for her girl-next-door aesthetic and graceful charm, Bae Suzy first debuted in K-pop girl group Miss A under JYP Entertainment, before gradually progressing into acting. She is most famous for her roles in shows such as While You Were Sleeping, alongside actor Lee Jong Suk, and Vagabond, with Lee Seung Gi.

Suzy has teamed up with Lancôme to publish her first ever beauty book, entitled “Obsession”, which aims to bring out her elegant style through a series of diverse looks. In the first episode of Vagabond, she stuns viewers in Lancôme’s L’ABSOLU ROUGE Hydrating Shaping Lipstick in 264 Peut-Être.

Retails for S$49, available at Lancôme boutiques and counters or on Sephora.

If you’re an avid K-drama fan, then you’ve probably already heard of the latest series making waves on Netflix, It’s Okay Not To Be Okay, a romance drama on mental health starring Seo Ye-Ji and Kim Soo Hyun.

Viewers are first acquainted with Seo Ye-Ji’s classy yet cold character as a popular fairytale author in episode one, where she is decked out in dark, gothic attire and a mysterious red lip. As her character’s manager very aptly describes in the show, she does indeed look rather “like Francesca who’s on her way to a funeral for the Addams Family.”

The shade, 64 – Rouge Casaque, is perfect for fancy occasions and gives a sophisticated, matte finish. Get it at any Hermes counter, or on their website.

Even those living under a rock have probably heard of the hugely successful TV series, Crash Landing On You, about a South Korean heiress, played by the lovely Son Ye-Jin, who falls in love with a North Korean soldier, starring the handsome Hyun Bin.

In an exclusive interview with METRO.style, the actress’ makeup artist spilled the beans on how Son Ye-Jin got prettied up for her role. To achieve a natural, pinkish hue, makeup artist Mu Jin used Korean cosmetic brand JENNYHOUSE’s Air Fit Lipstick in Monica Robe. It’s the perfect shade for casual get-togethers!

We’re back at it with another BLACKPINK member, Rosé! Apart from her natural beauty, the singer is also famous for her glorious vocals, which have been likened to ASMR.

If you’re curious on how to get those rosy (pun-intended) red lips of hers, BLACKPINK’s makeup artist Maeng has revealed in an Instagram video that she uses Bobbi Brown’s Luxe Lip Color in Pink Sapphire to help the star get glam!

Retails for S$49, available on Sephora.

You might’ve fallen in love with Lee Sung Kyung after watching her on-screen (and later off-screen) romance with actor Nam Joo Hyuk on Weightlifting Fairy Kim Bok Joo. While it’s unfortunate that the pair are no longer together, Lee Sung Kyung’s popularity has since soared after the show’s telecast, landing her a deal with Korean beauty brand, Laneige.

Retails for S$39, available at all Laneige counters and at Sephora.

Perhaps you’ve heard of Kim Tae Hee, wife of Korean singer-songwriter and actor Rain, and star of yet another recent Netflix crowd-puller, Hi Bye, Mama! Brace yourself for what we’re about to tell you – this actress may barely look a day past 30, when she’s actually 40 this year! Forget her makeup, we need her whole skincare routine and diet plan, STAT.

Kim Tae Hee’s longtime makeup artist of 14 years Son Ju-Hee is also the vice-president of the highly raved Korean brand JUNGSAEMMOOL Beauty. The brand not only collaborated with the actress in Hi Bye, Mama!, but for her own wedding as well.

Choose from 12 shades of JSM Beauty’s popular LIP-PRESSION, which retails for S$42, available at Tangs.

Park Shin Hye is easily one of Korean television’s most recognisable faces. Having first shot to fame in 2003’s Stairway to Heaven, the actress has gone on to star in countless more dramas alongside the likes of Lee Min Ho and Lee Jong Suk.

It’s no surprise that the actress has many endorsements under her belt, currently including one with Mamonde! According to the brand, her favourite shades are the True Colour Lipstick’s No.5 Grace, No.11 Happiness and No.19 For You.

Mamonde has already pulled out of Singapore, but thankfully, you can find its products on a few platforms that ship to Singapore. For instance, this product retails for S$21.41 on YesStyle.

Former child actress, Kim So Hyun, known for her role on Moon Embraces the Sun has now blossomed into a beautiful young lady, and gradually grown in popularity over the years.

She is also the face of Korean cosmetic brand Hanyul, which boasts a series of five buttery, tinted lip balms under the Nature in Life Lip Balm collection.

Retails for S$7.80, available on Shopee.

It’s only fitting that we end off with BLACKPINK’s final member, the ethereal Jisoo. Once more, BLACKPINK’s makeup artist Maeng has generously disclosed the lip product used on Jisoo above to the singer’s many adoring fans.

Jisoo is pictured wearing Rouge Dior 999, a classy, long-wearing matte lipstick that’s guaranteed to stun at any formal occasion. You can also choose from a multitude of other shades comprising matte, metallic, satin and shimmer finishes.

Retails for S$52, available at all Dior counters and Sephora.