A bak zhang has more calories than 3 goreng pisang. How do you make sure you can indulge in it guilt-free? 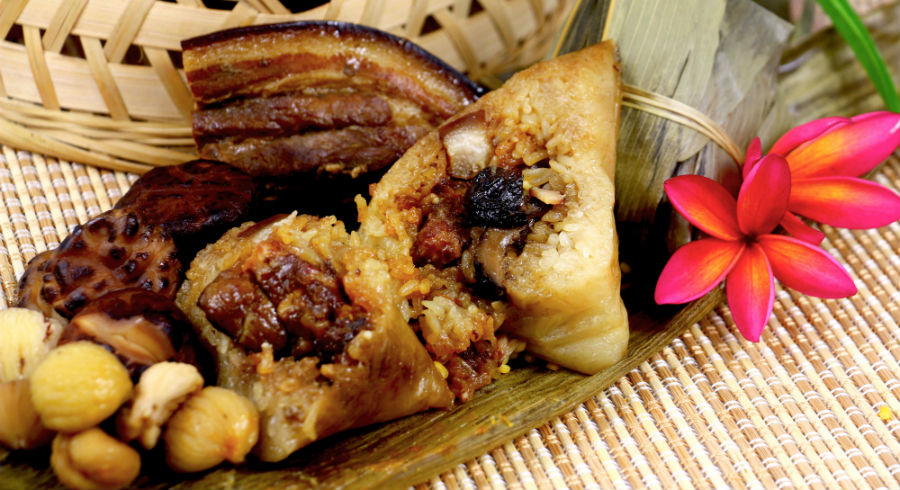 Many Chinese in Singapore celebrate the Dragon Boat Festival, a day that commemorates the death of poet and patriot, Qu Yuan. There are several rituals and activities that are associated with the festival, but let’s be honest, even if you celebrate it now, the only thing you do is to eat bak zhang (or dumplings wrapped with leaves). No wonder it’s more commonly called Dumpling Festival these days.

If you eat more dumplings than do dragon boat racing, then you’d better continue reading.

How much calories are there in a bak zhang?

A typical bak zhang is made of glutinous rice, and is filled with several ingredients: fatty meat, chopped mushrooms, and chestnut. This is then wrapped with leaves and then steamed.

According to the Fitness Pal app, one typical bak zhang (132g) has 276kcal, and of which 10g is fat. It has a good amount of protein (8g), but quite a bit of sodium (486mg) too. That’s about the same caloric value as three pieces of goreng pisang.

If you are more of a nonya zhang fan, bad news. This carries more calories (352kcal) and sodium (555mg).

Sure, this is something we only indulge in once in a while, but it doesn’t mean it won’t set our weight loss plans back. After all, right after we convince ourselves to eat another bak zhang because Dumpling Festival only happens once a year, we’ll be indulging in the next once-in-a-while buffet, and then there’s the annual Mooncake Festival, or the anniversary feast – you get the drift. Every bit counts.

So how do you still enjoy bak zhang without feeling guilty?

Dumpling festival is on 9 June this year – it’s the perfect time to arm yourselves with some tips. Here are our pointers: