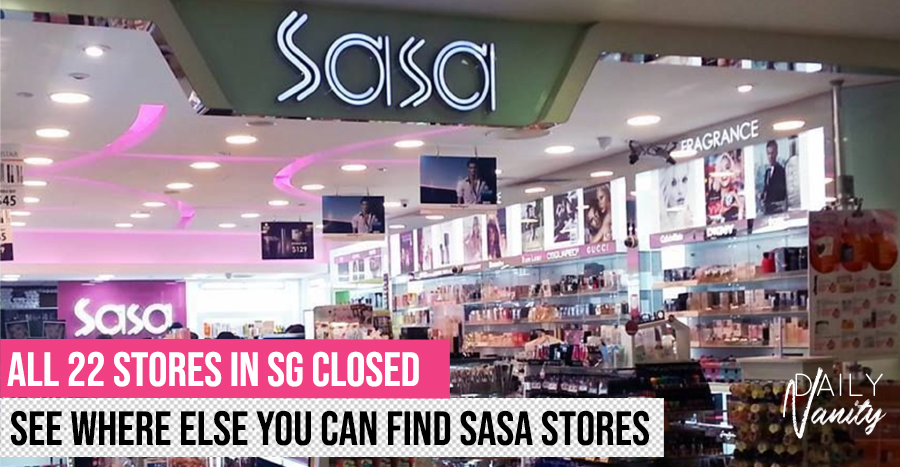 Back in 2018, Hong Kong cosmetics retailer Sasa closed all their stores in Taiwan, and it caught many off guard.

On Monday (2 December 2019), Sasa has also announced that all 22 Sasa International shops in Singapore will be shut down, in a move that is likely to affect about 170 workers. It is not stated if all the stores would be closed down immediately or at a later date.

This announcement came as a huge surprise, as Sasa Singapore had told us previously that the Singapore chain was “not affected or impacted” by the closure of Sasa Taiwan.

Why is Sasa closing all stores in Singapore?

According to Sasa Singapore’s statement, they came to this decision after stores here recorded losses for six consecutive years despite its efforts to turn the business around.

“In order to improve the performance of the Singapore market, the group had taken measures in recent years to restructure the local management team and to enhance store display and product mix with a view to driving sales. Regrettably, the results were far from satisfactory,” Sasa said in a statement.

In the six months ended Sept 30, its Singapore operations recorded a turnover of HKD99.4 million (SGD17.3 million), a decline of 4.6 per cent from last year.

The cosmetics retailer also stated that the latest move is part of Sasa’s strategy to focus on its core market in Hong Kong, which has “become more difficult due to a drastic decline in mainland China’s tourist arrivals”.

Which other countries still have Sasa stores?

Thankfully, regular fans and customers of Sasa will still be able to find 243 other Sasa stores in Hong Kong, Mainland China, as well as Malaysia.

In fact, Sasa Singapore has said that they will be allowing its management team that manages both the Singapore and Malaysia markets to focus on Malaysia, which Sasa said had a higher potential for further development.

To make up for the loss in the Singapore market and the declining business in Hong Kong, Sasa will also be expanding in mainland China, as well as accelerating the development of its e-commerce business.